Lacey has been practising her numbers on her ipad, she even tried to help her little brother learn the numbers too! Lacey has had such a busy week and even made a rhyming ladder.

Julia has been listening to our weekly story ‘Shark in the park’ she drew a picture of Timothy in the park and wrote a sentence to describe what he could see through his telescope. She has also been working really hard practising her phonics sounds with Mrs Bibby. Check our her amazing writing for the ear, er and ure sounds! 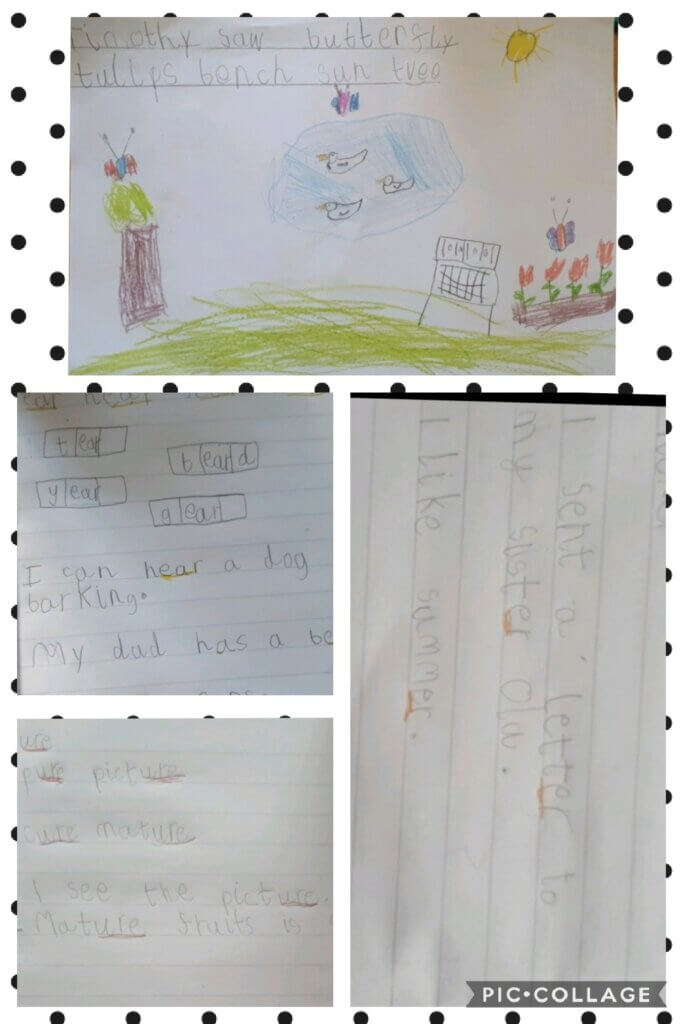 Alissia has been finishing lots of Jigsaws this week! 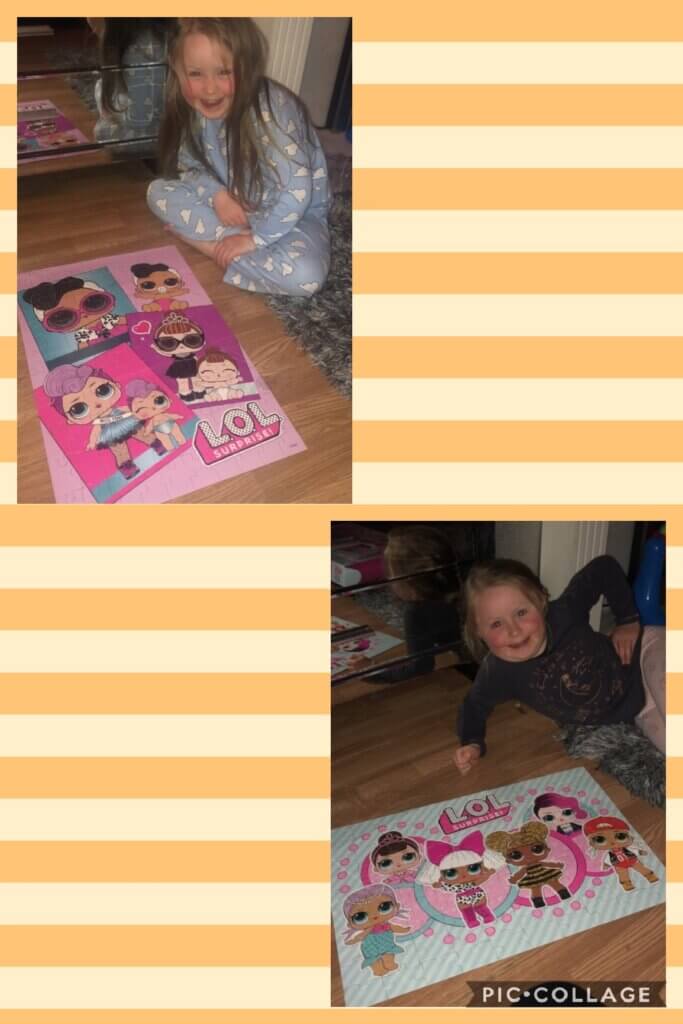 Ellie has had another really busy week! She has learnt how to make pom poms to decorate her room, she has been practising her phonics and writing, been on bug hunts and made some delicious looking treats! YUM! 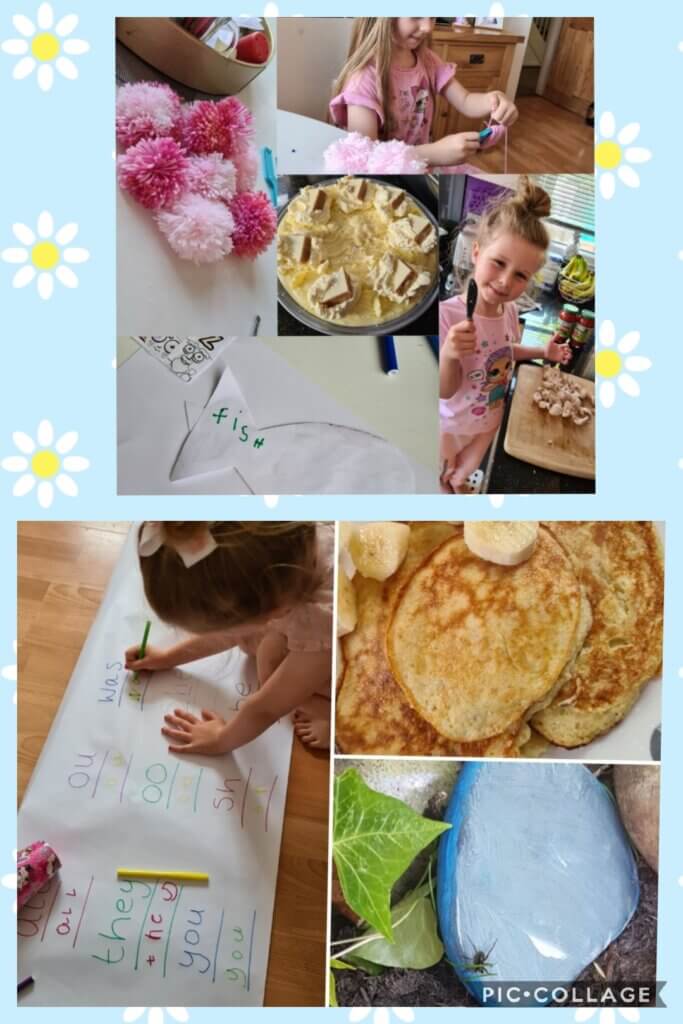 Look at what Eric has been up to! He has been practising his phonics by writing and he has practised his tricky words. Look here he wrote the word ‘they’ on beans and practise finding ‘my’ in his favourite magazine. Just look ta his under the sea picture, what a creative way to paint! 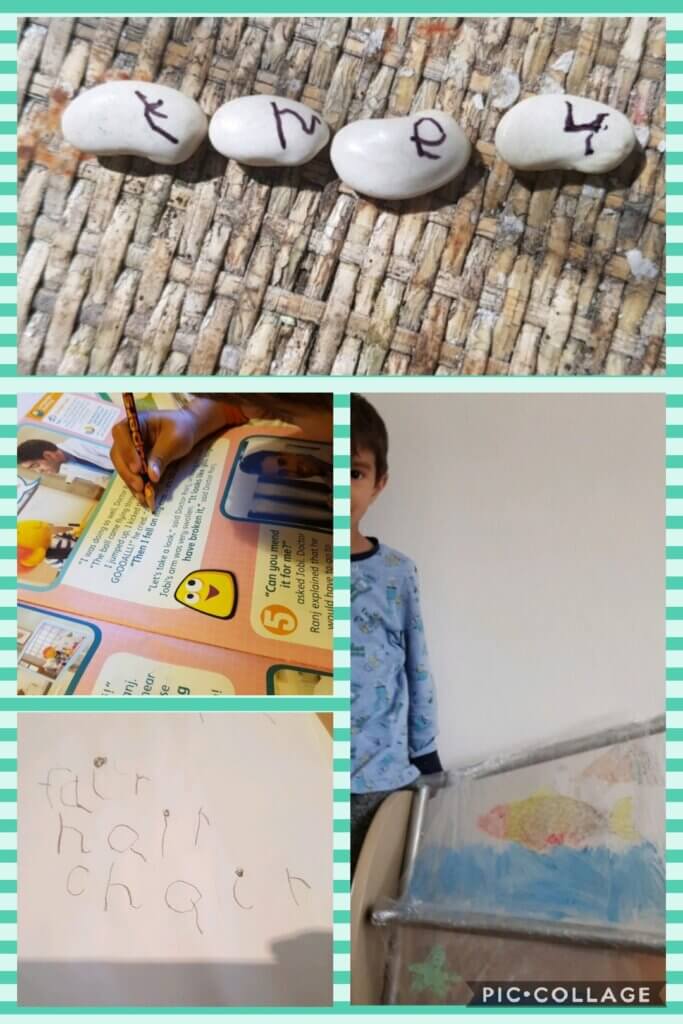 Oskar created a list of all the creatures you might find under the sea. He wrote rhyming ladders and practised his phonics sounds with Mrs Bibby. 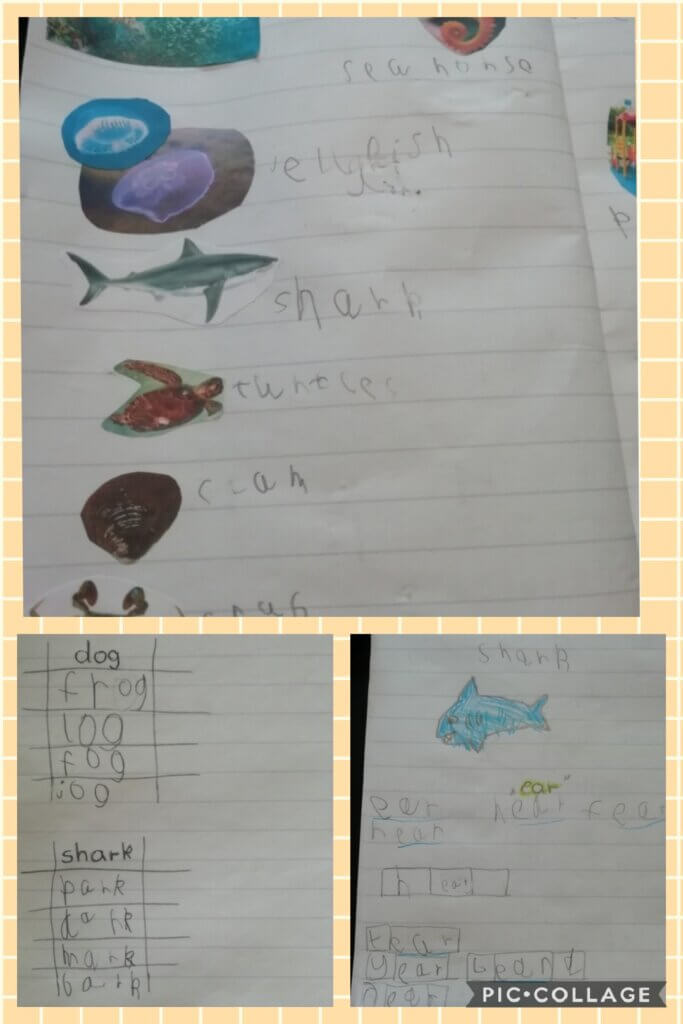 Jakub also made a rhyming ladder look at his fantastic writing! 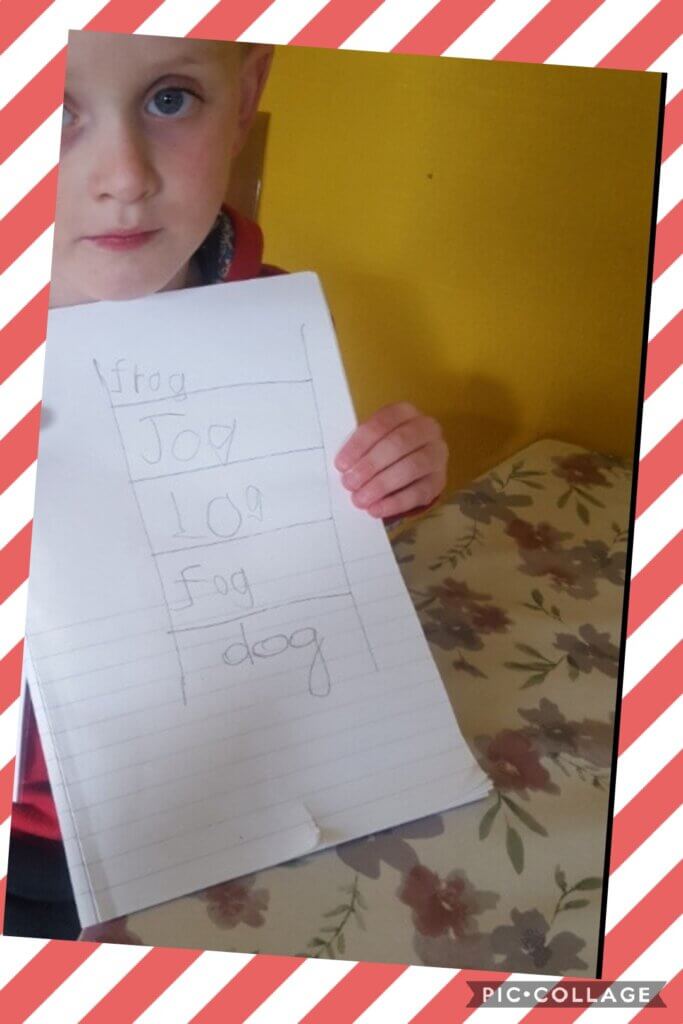 Della went on a dinosaur hunt in the woods! I hope no dinosaurs were spotted Della!